Pietro Capelli, my grandfather, left his family and fiancé, Maria in Sicily, to pursue his dream of farming in America. He made a promise to Maria that once he was able to, he would send her the money to purchase tickets for her and her parents to join him in America. After two years of hard work, Pietro kept his promise and sent for them. Maria Triglia and her parents Antonia and Pietro arrived successfully on Ellis Island.

My grandparents married immediately and started a family. About 20 years later, in 1920, Pietro was able to borrow enough money to purchase 50 acres of land and a house along what is now Route 206 and Union Road in Hammonton, NJ. He named his new farm Spruce Fruit Farms. At this point, his children numbered 11, the youngest of which was Minnie, my Mom. About ten years later, after a lot of hard work, my grandfather paid off the loan, and Spruce Fruit Farm officially became theirs. 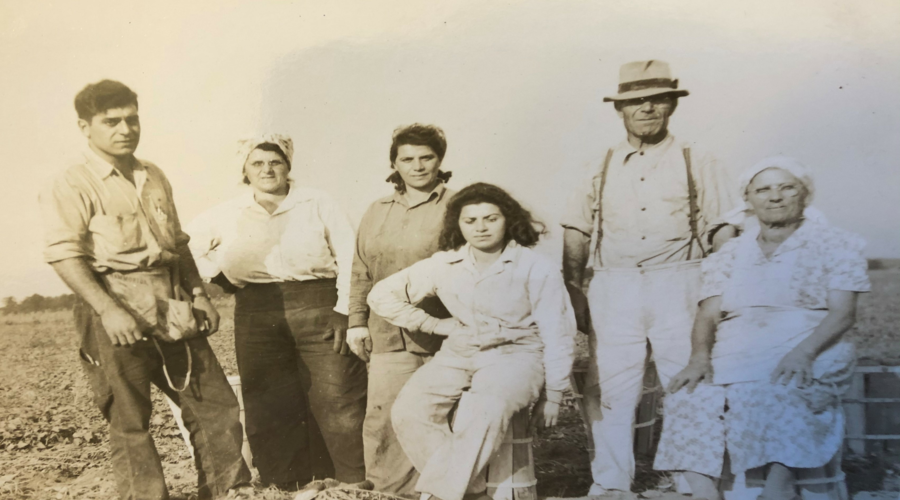 Dominic and Anna DeFiccio traveled from Italy to America in the late 1800s to make a better life for their growing family in the new world. Their eldest son, Dan, had been born in Italy, but his siblings, Joseph (my grandfather), Anna, James, and Jenny were all born in Hammonton.

After working for other farmers as a young boy and teenager, my grandfather was able to buy a twenty acre wooded property on Oak Road about one mile from the Capelli’s and Spruce Fruit Farms.

He met and married Anna Chiumento. They had four children, Joseph (my Dad), Marie, Robert, and Virginia, and together, they cleared the land for what would become DeFiccio and Sons and later DeFiccio Brothers. 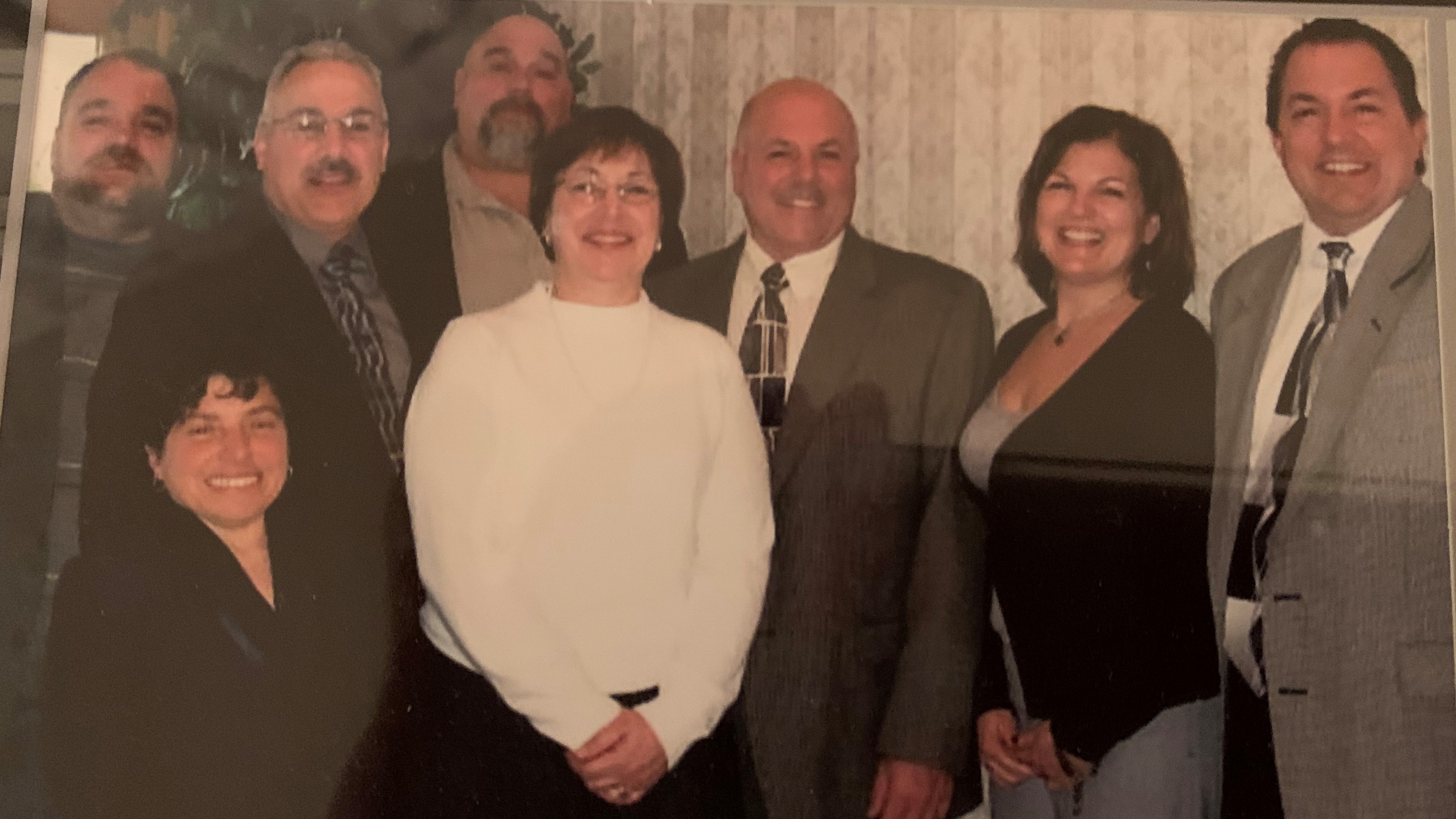 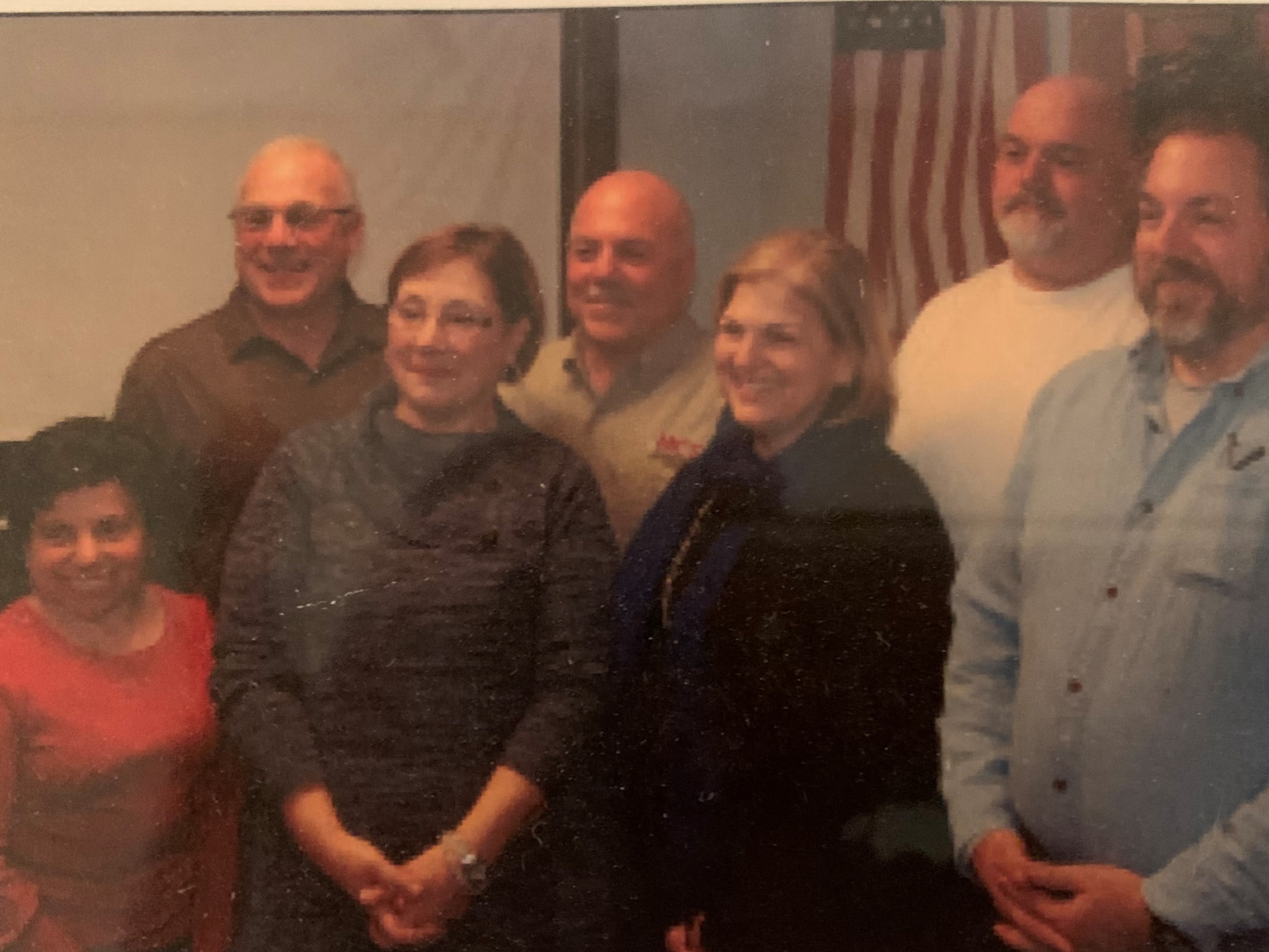 And the two became one!

The Deficcio’s and the Capelli’s were always friends and often worked together on other farms to make extra money. One day my Dad was driving the tractor while my Mom and her sister were planting sweet potatoes. My Mom asked my Dad to hurry up a little because she had a date that night. He responded with, “why don’t you ever give me a chance?” My Mom said, “you never asked,” And that was it! Jr. and Minnie, my parents, were married on December 1, 1962. They lived in the Capelli homestead, where my Mom was born, and I still call home today.

My Dad purchased adjoining properties and nearby farms as they became available, and eventually, DeFiccio Brothers grew to several hundred acres, which ultimately included Spruce Fruit Farms. Along with this additional land, they also continued to add new products like apple cider to the mix, built greenhouses, and were always eager to add the technology of the time to their operation.

They were never afraid to try something new, and they always managed to make it work. Looking for other markets for their produce, they became a member of the Trenton Farmers Market. The visibility that the Trenton Farmer's Market provided, allowed them to sell directly to customers, sell to supermarkets in central and northern New Jersey, as well as countless retail farm stands and produce brokers throughout the state.

All of this required all hands on deck, and DeFiccio Brothers was indeed a family operation. My cousins and I all had our jobs to do. Whether it was working on the farm or at the Market, we were all a part of it.

We followed in the tradition that our parents and grandparents set for us. In 1988 my Dad decided it was time for him to do something a little different. His first love of the farm was at the Trenton Market. His plan was for him and my Mom to farm together on a slightly smaller scale, and Pineland Farms came to be!

They continued to grow a small amount of everything to supply the Market and a few supermarkets in central NJ. My Mom loved the greenhouses, and she added the plants and flowers to the mix.

Pineland Farms continues to provide Jersey Fresh produce to our customers at the Market. Blueberries are our largest fruit crop. Other fruits we grow are apples, peaches, pears, and strawberries. We offer a variety of vegetables including peppers tomatoes, eggplant, sweet corn, cucumbers, summer and winter squash, pumpkins, collards, kale, broccoli, string beans, cabbage, lettuce, bedding plants, flowers and more! We have added a CSA to the mix, as well as a flower shop. 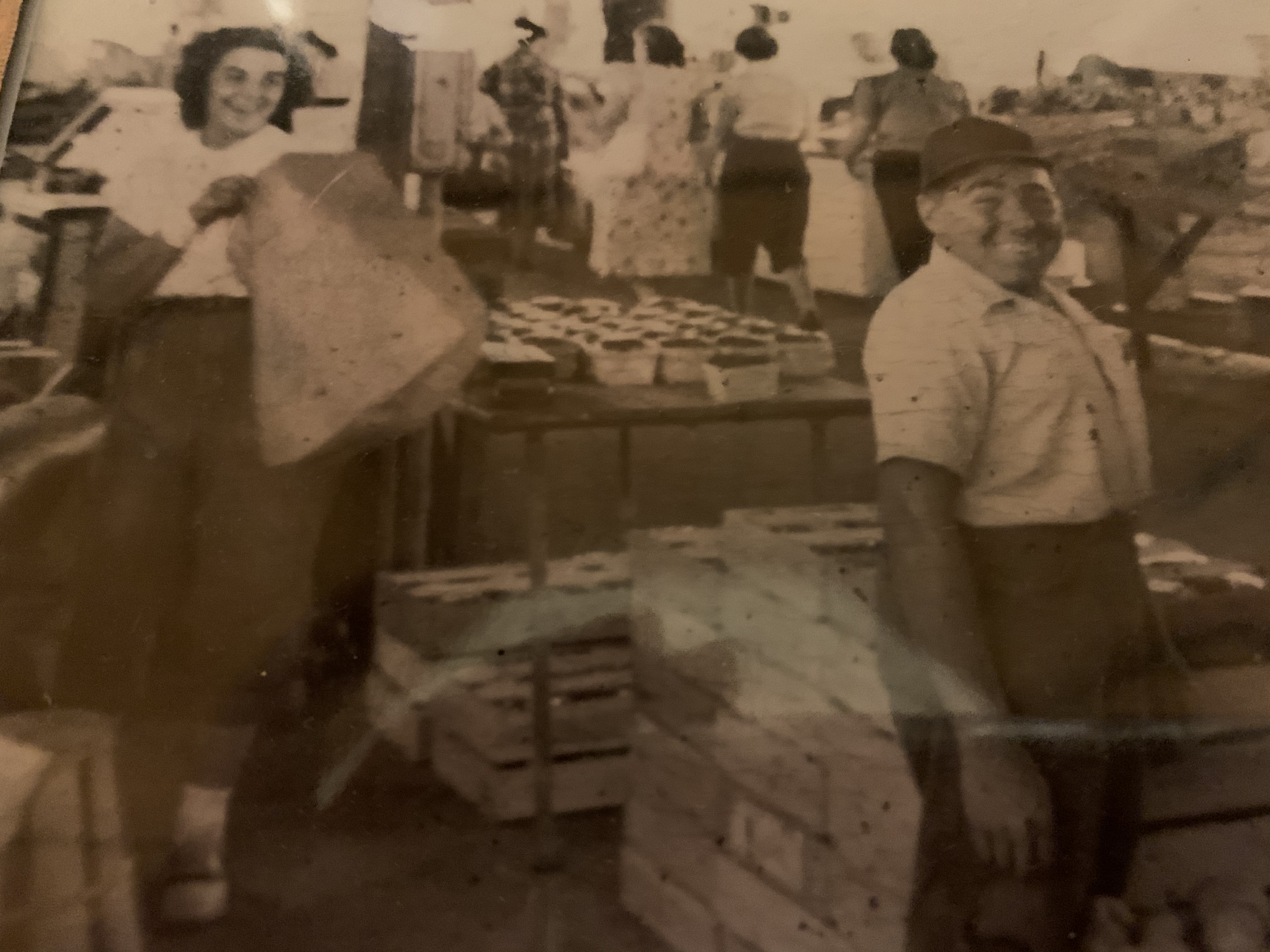 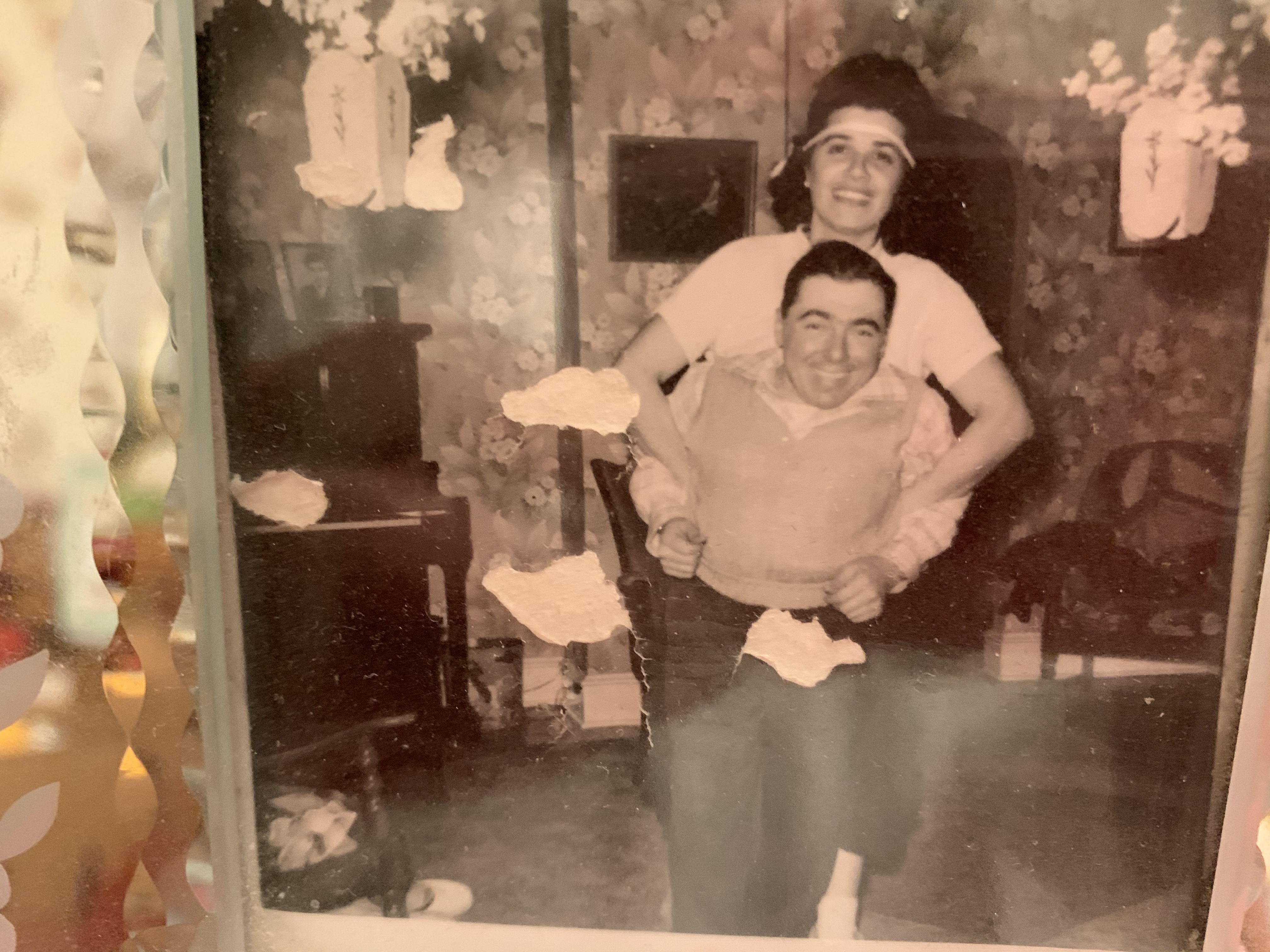 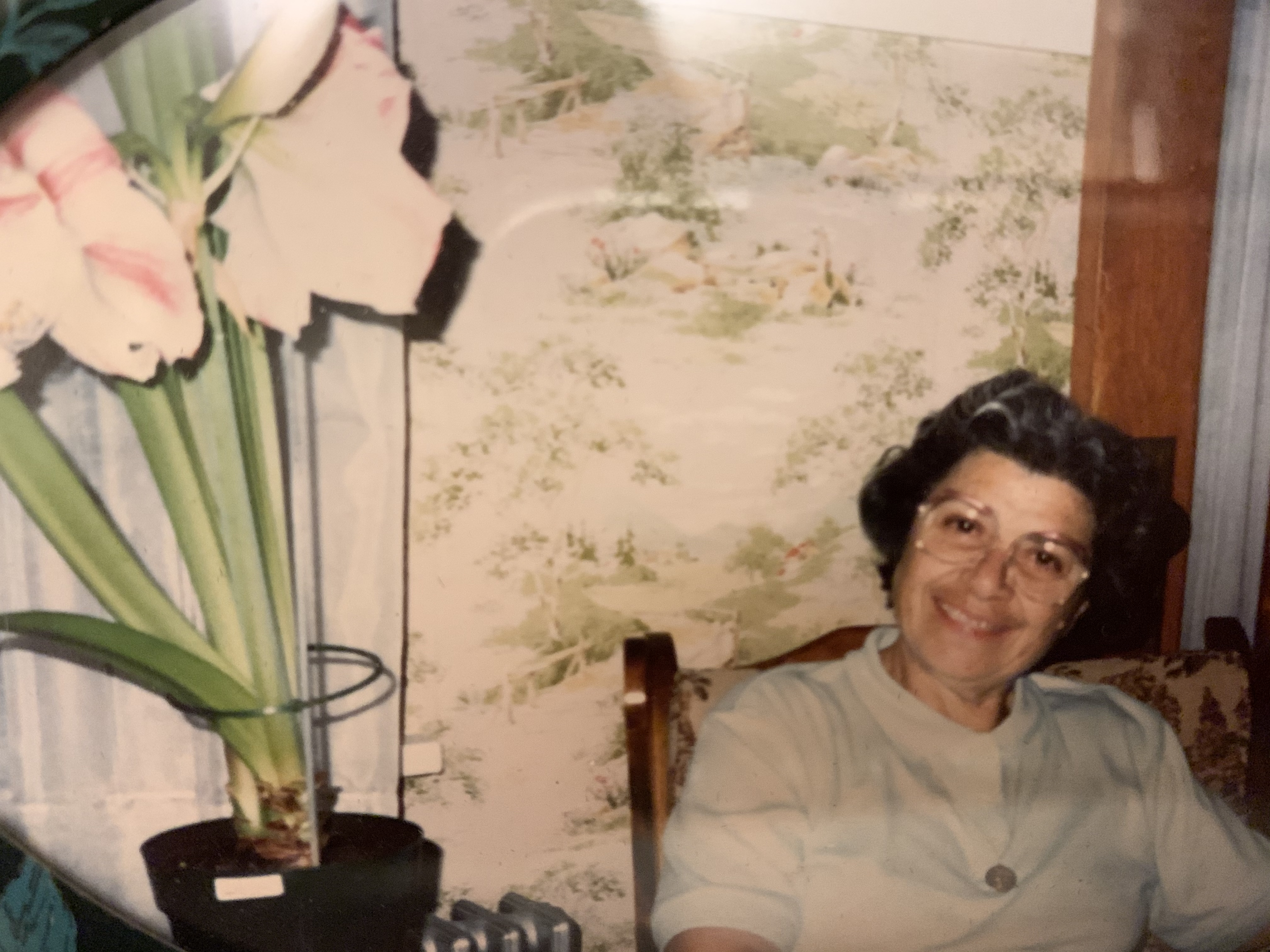 Our roots at Pineland Farms grow deep. From the time of Pietro and Maria Capelli, Dominic and Anna DeFiccio, to Joseph (Jr) and Minnie DeFiccio, their hard work and sacrifices make Pineland Farms what it is today. 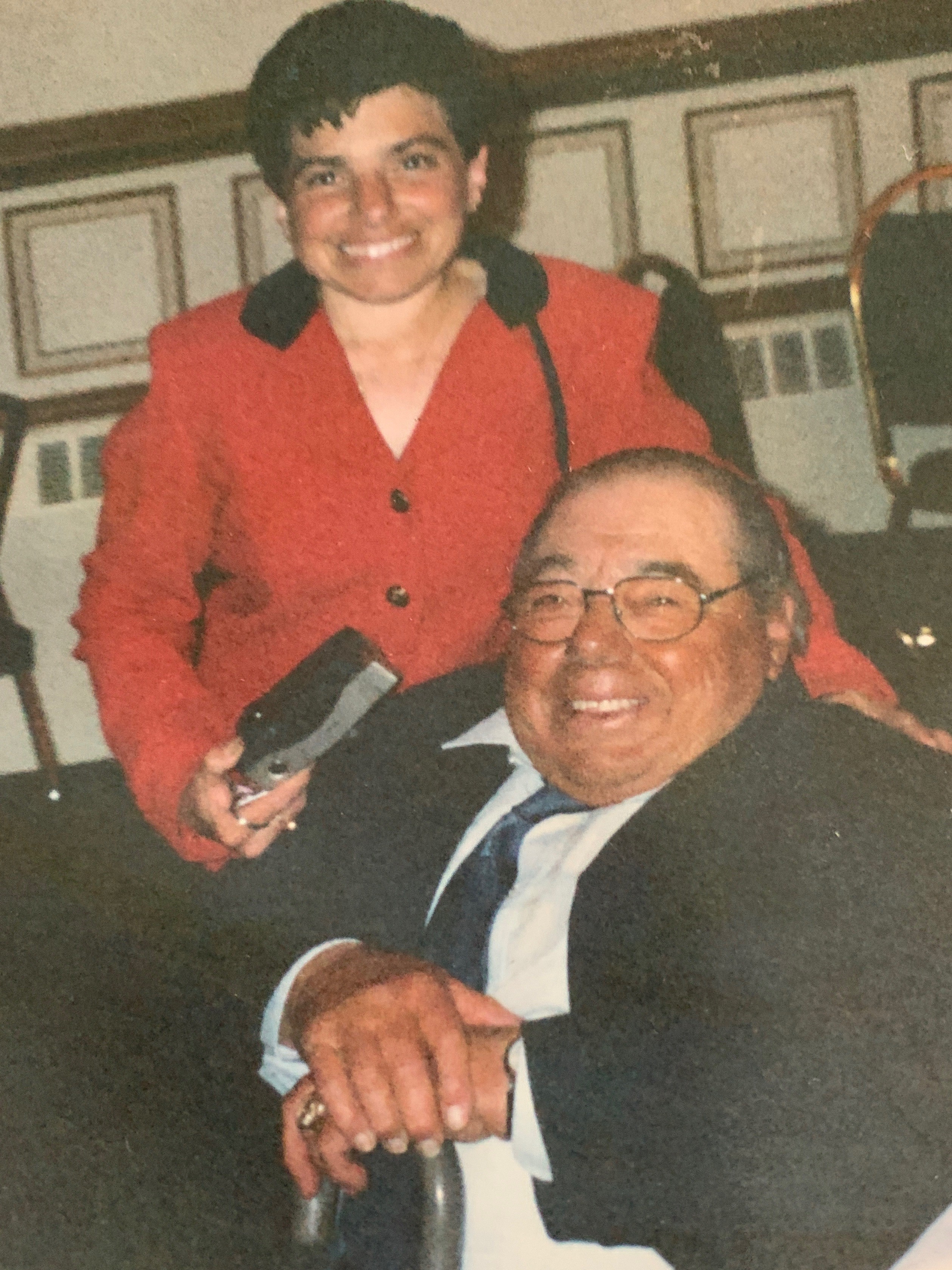 My father Jr. and myself